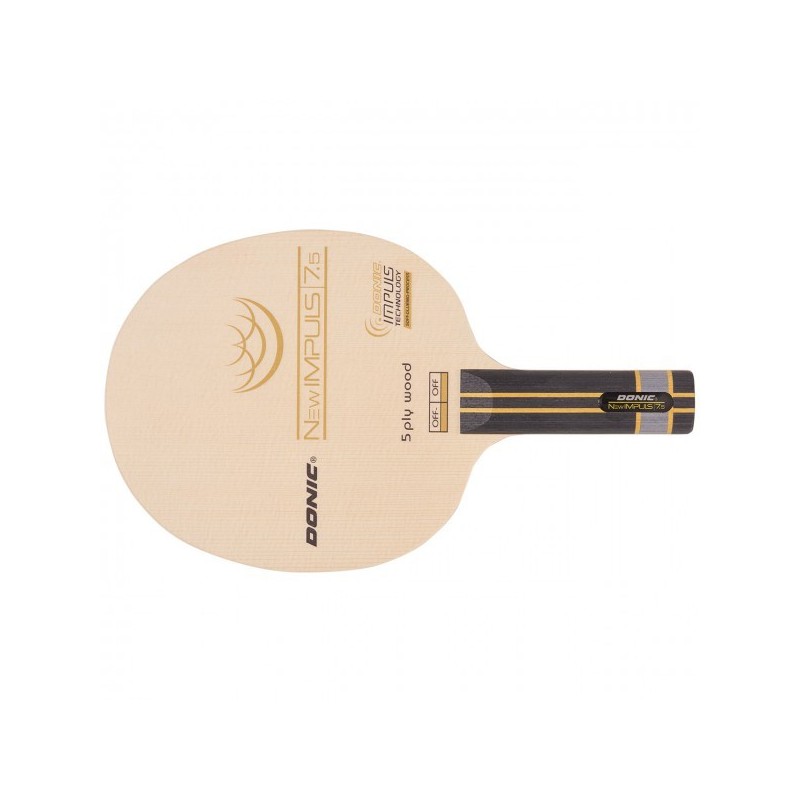 For more than three decades, DONIC has been researching the vibration behavior of table tennis blades. In the 1990s, for example, DONIC used Dicon and Senso technology to translate this research into series products which have revolutionized table tennis blade construction.
DONIC Impuls Technology was added in 2000. It was developed by using a soft gluing process of the plies used at the time – the Waldner Impuls 6.0 and 6.5 and Persson 7.0 and 7.5 were at the heart of these best sellers.
-    Outstanding acceleration
-    Unequalled control
-    Solid edge protection
-    Optimum weight
-    Perfect sound
-    Sturdy construction
are just a few outstanding qualities resulting from DONIC’s IMPULS technology.
DONIC continues the tradition of this unique technology with DONIC NEW IMPULS blades. Especially with the new plastic (Cell - Free) balls the DONIC Impuls technology proves its outstanding advantages.
Players of all standards can select the new DONIC Impuls blade (DONIC New Impuls 6.5, 7.0 or 7.5) to perfectly suit their playing style. Exceptional spin, speed and control can be achieved with the correct combination of rubbers.
All three New Impuls Blades are based on a Pine-Kiri-Kiri ply combination glued with a special Latex/Epox film. This method of construction has never previously been used on table tennis blades, but it is this that gives the blades their unique soft playing characteristics.